Kent Topham is the Director of Operations at STM Charters. He is responsible for overseeing the operations department and its team, as well as the operations of the company.

Kent began his career in the aviation industry working with Fixed Base Operators (FBO) and fueling planes. He started flying planes at the young age of 10 and earned his pilot’s license when he was just 17 years old. For several years he worked for various airline companies like Vision Airlines and Phoenix Air Group.

Kent joined STM Charters in 2012 as a Director of Business Development. He immediately fell in love with the company’s collaborative and teamwork approach to providing excellent air travel to its many clients. Prior to joining STM Charters, he worked at one of the company’s vendors and was able to see first-hand how great their team was to both their customers and employees and knew he wanted to be a part of its success.

Kent plays a vital role in ensuring that each client is appropriately paired with the aircraft that suits their travel needs. He also manages flights, charter briefings, and oversees aircraft on the ground. He is adept at resolving client issues and successfully works with the company’s various vendors and carriers to facilitate positive relationships.

Kent loves to travel, so it’s no surprise that he loves aviation. When he’s not working or traveling, he spends time woodworking and making furniture.

Kent earned a B.S. degree in Aviation Business Administration from Embry-Riddle Aeronautical University, otherwise known as “Harvard of the Skies.”

Get in touch with Kent by email or phone. 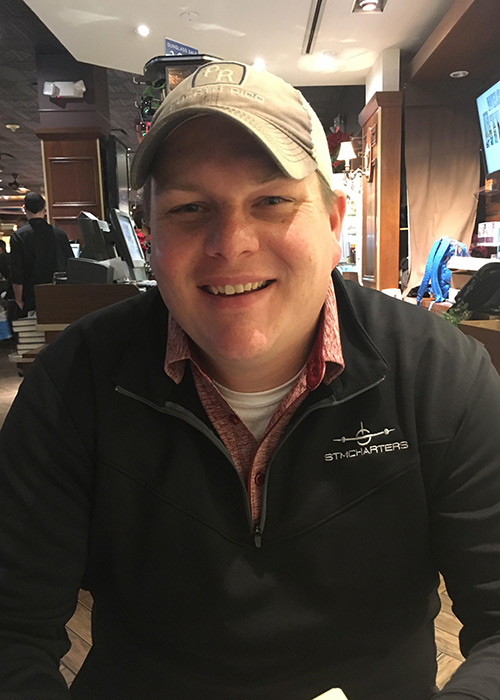